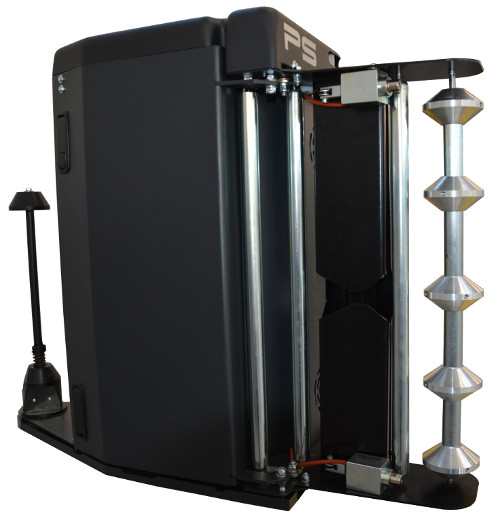 This system works by cutting the film into strips each one being separated by a gap. (The number of strips between 3 & 5 will be agreed at the time of ordering). Having installed this device, it is possible to securely wrap the product without sealing the contents in an airtight sealed wrap. It also remains possible to wrap pallets with normal stretch film.

This application is particularly useful for clients who need to wrap fragile and moisture sensitive products such as Eggs / Fruit / Vegetables / Flowers etc, or any other product that requires a both breathable and secure wrap, whilst ensuring moisture is not trapped within.

When PP Net-film or LDPE Net-film is used, it is still possible to realise significant cost savings as the standard LLDPE film can also be used. This generally means operational costs are much lower.

When wrapping an average of 20 pallets per day we estimate that this system will show a return on investment within a six-month time period.
In addition it should be noted that by using either the PRS or PS carriage, it is also possible to pre stretch LLDPE film by up to 250%.
(Pictures II & III below are examples of LDPE net-film and PP Wrapping net, material which will be used when the strip cutting device is installed) 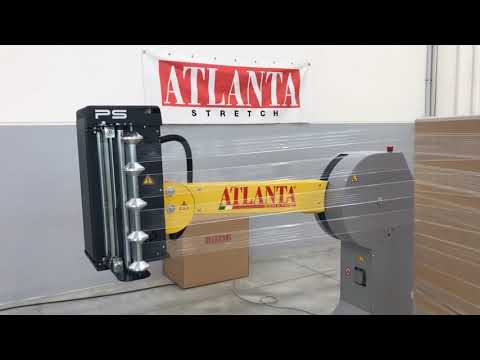 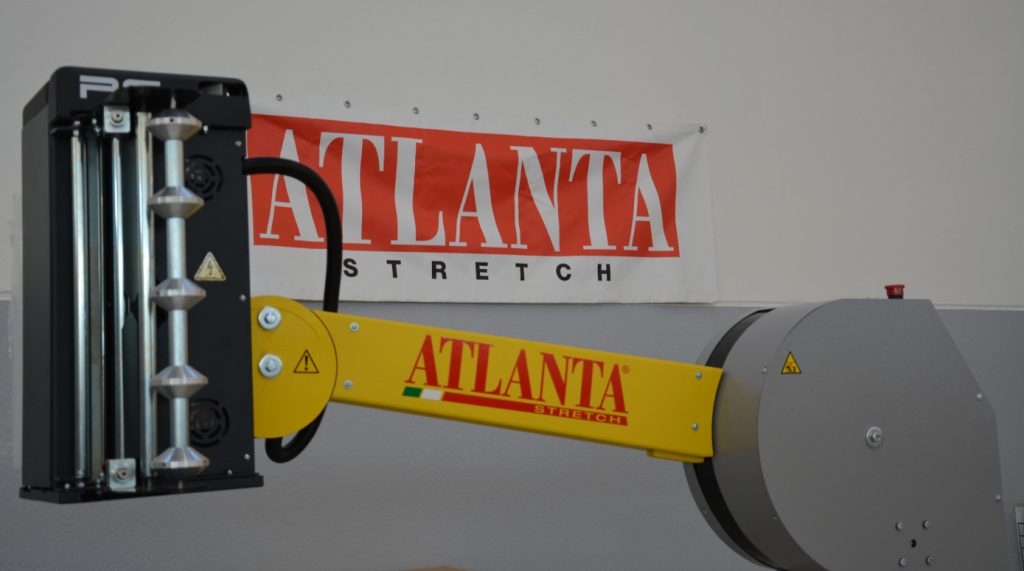 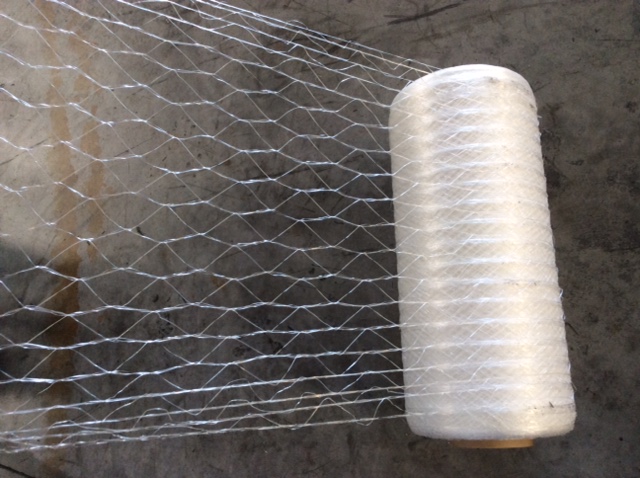 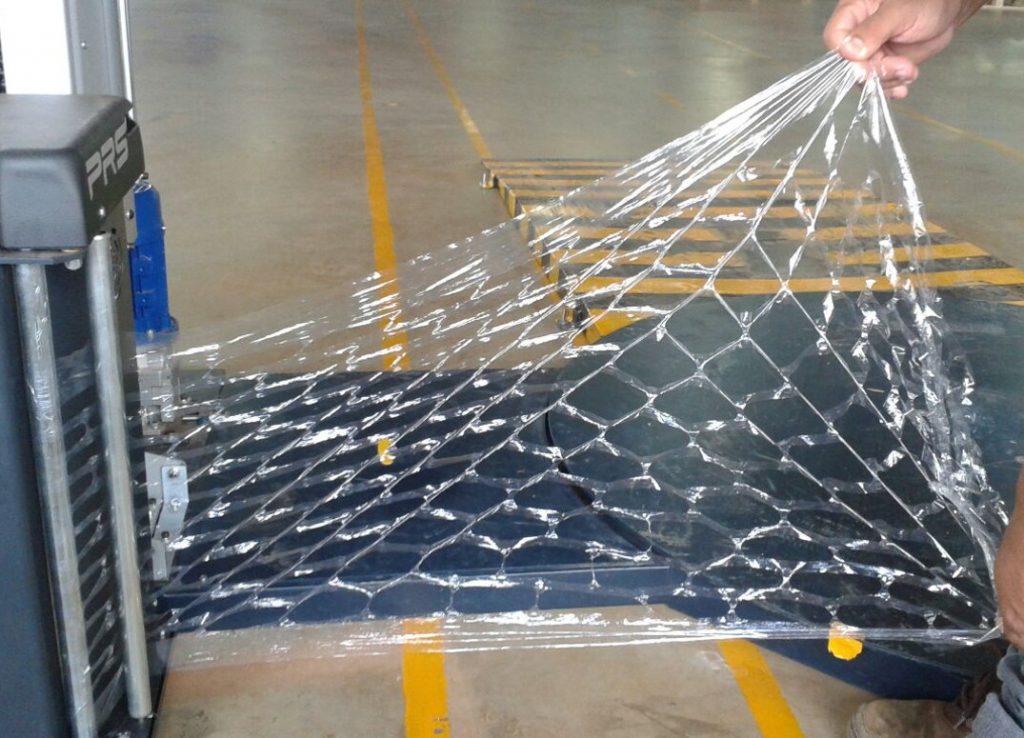 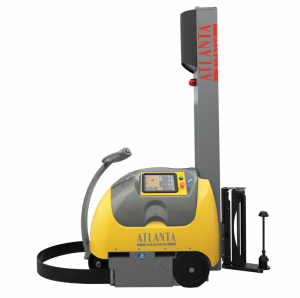 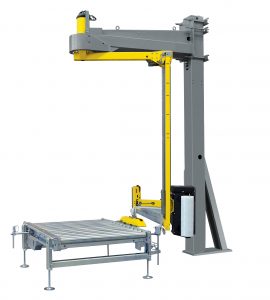 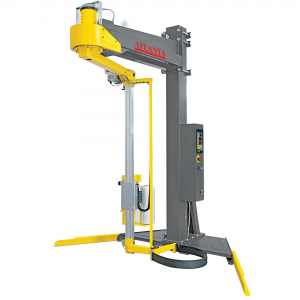 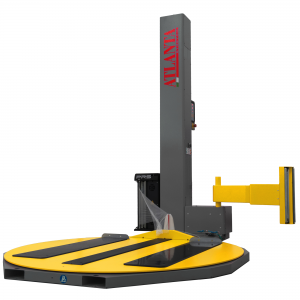 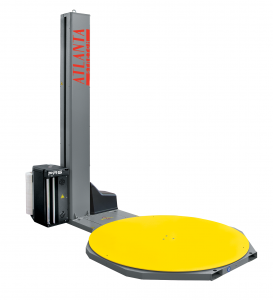 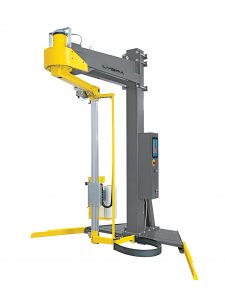 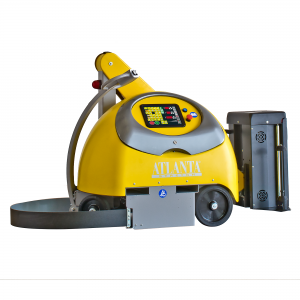 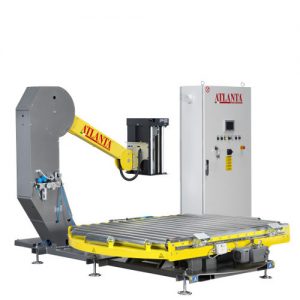 Mytho A with arm 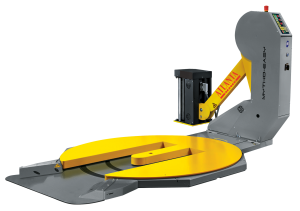